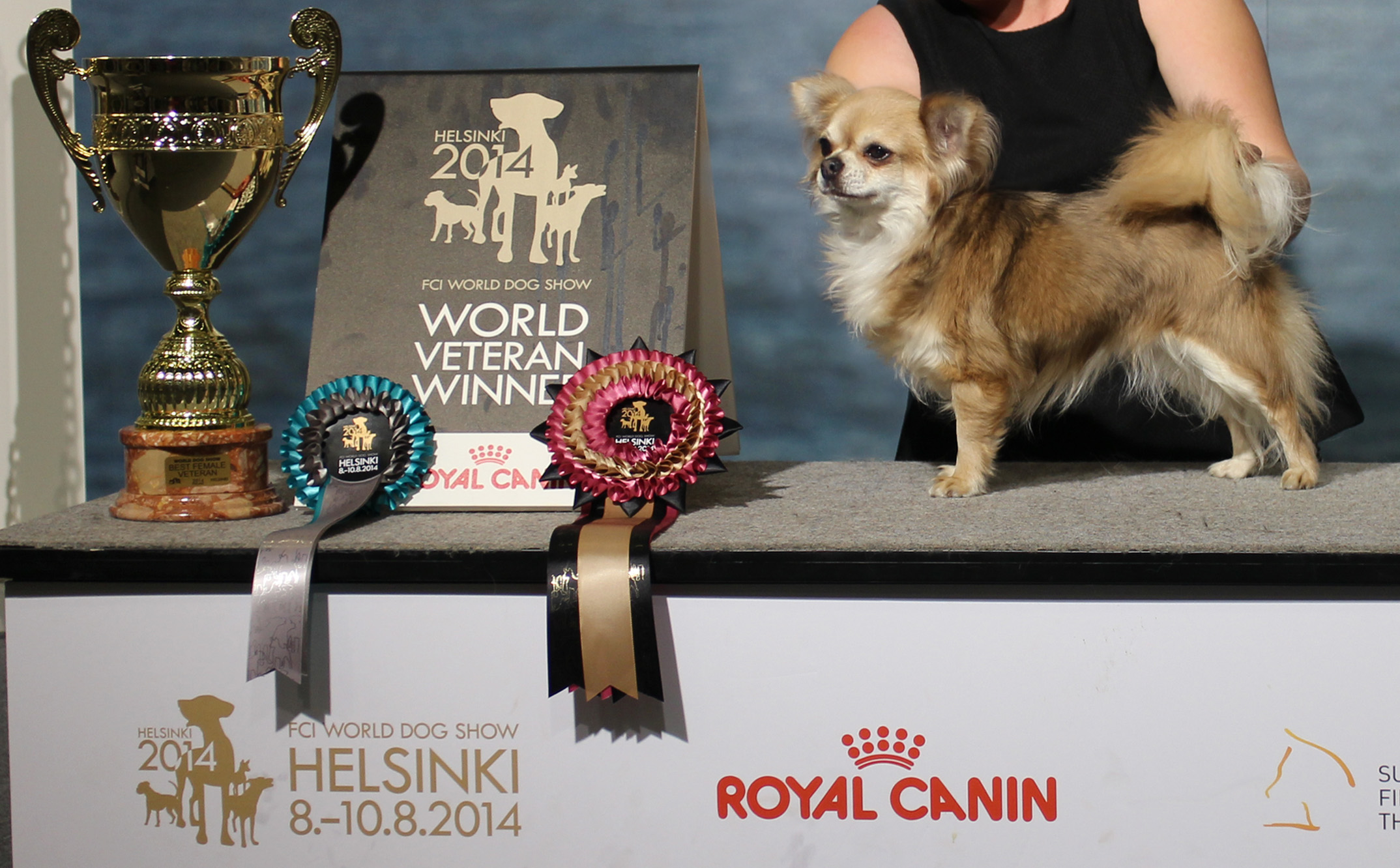 Ina was our first chihuahua and the very beginning of our breeding. She was a ”showgirl” and I love her happy outgoing temper and her beautiful heart.
She captured my heart with her ​​charm and ”essence” and ever since she has had a special place in my heart, and she will never ever be forgotten. I´m so happy and grateful that her memory lives on in her beautiful children, grandchildren, great-grandchildren.
It will never be the same without you, Rest in peace my beautiful Queen <3